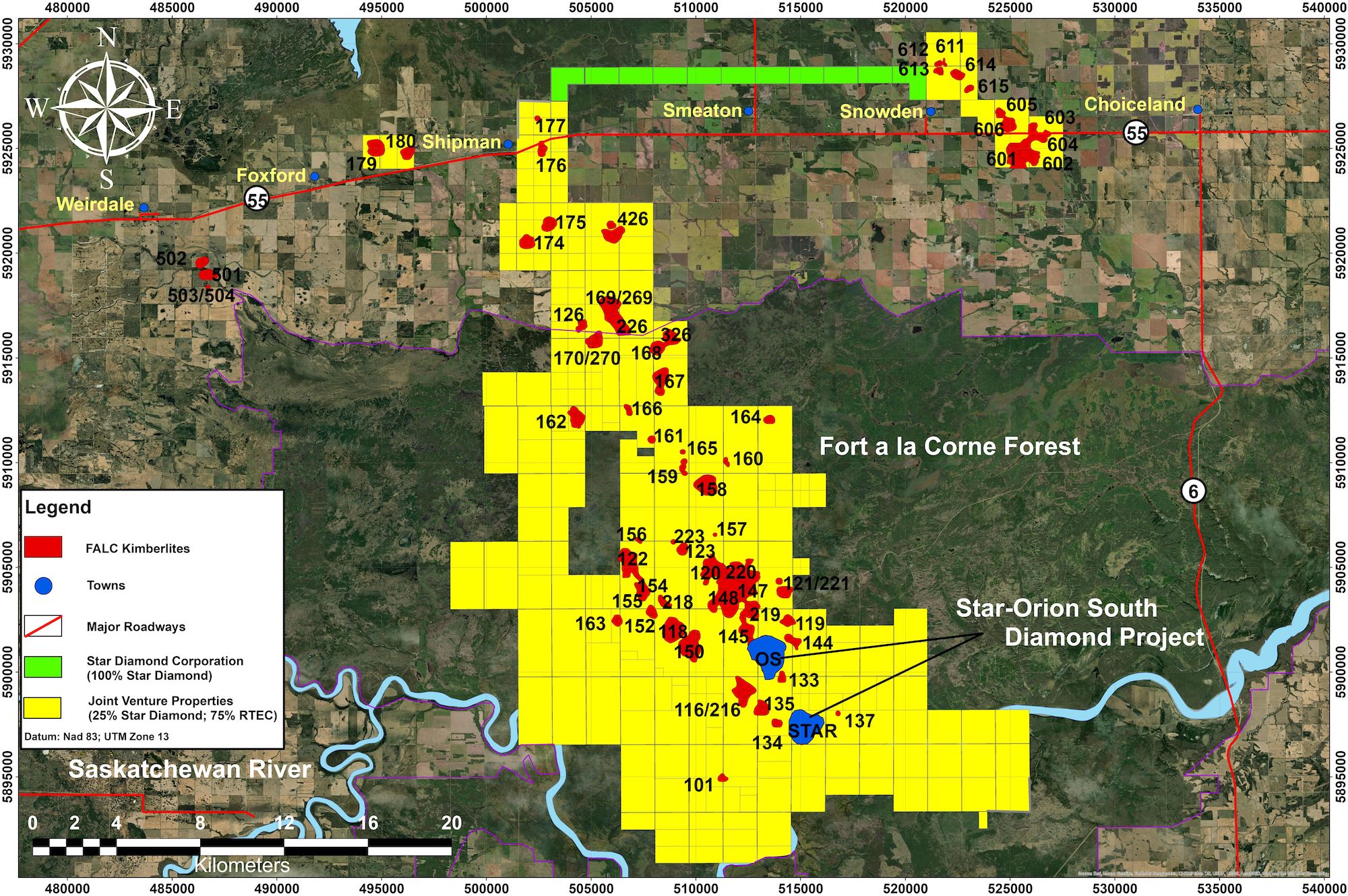 In the past Star Diamond and other companies have completed extensive exploration on these Fort à la Corne kimberlites, including geophysical surveys, pattern core drilling, large diameter drilling and micro- and macrodiamond analyses, which resulted in the documentation of geological models for a number of these bodies.

Other recent exploration programs by RTEC have been performed to investigate kimberlites in the Fort à la Corne diamond district other than the Star and Orion South kimberlites, to assess and prioritise these other kimberlites for future exploration and evaluation work (see Star Diamond Corp. News Release dated October 25, 2018). RTEC has used various exploration methods, in addition to in-house exploration methods, to reinvestigate the other Fort à la Corne kimberlites to assess and prioritise them for future exploration and evaluation work. During 2018, approximately 5,350 line kilometres of magnetic field data and LiDAR (Light Detection and Ranging or Laser Altimeter Survey) data was collected by RTEC, concurrent with their airborne gravity gradiometry (“AGG”) survey data, to produce a complete set of gravity field, magnetic field and topographic data over the surveyed area.